Here is a quick guide to some of the more popular types of percolators and there are many more. The main reason percolators are used is diffuse and filter the smoke to cool it down and in turn create a much smoother experience.

Honeycomb percolators come in different configurations which are generally either one honeycomb disc or two discs or three discs. Each disc will have upwards of 30 individual holes which will create many different diffusion points which in turn will give a very smooth experience. Honeycomb percs are usually found on stemless bongs. 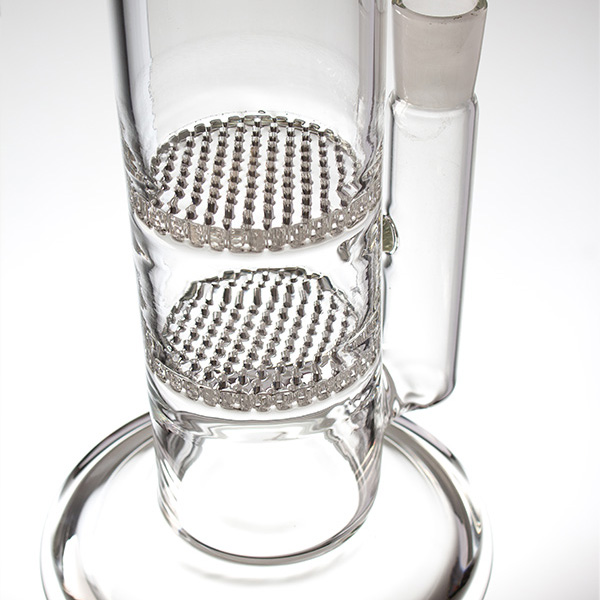 Tree percolators come in many different variants from four arm up to and exceeding 64 arms, they generally have one or two slits on each arm to add extra points of diffusion during use. Tree percs create a very well diffused smoke resulting in a very smooth experience. They work by drawing smoke from the main chamber which is then evenly distributed to each arm. 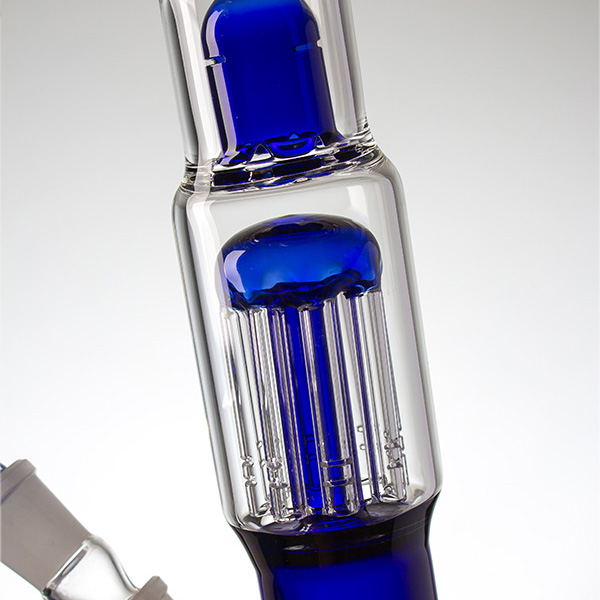 UFO percolators are also called dome percs and receive their name as they resemble a flying saucer. They are made up of an inner tube that is then surrounded by the outer UFO which has slits around the wider outer edge at the bottom of the perc. UFO percs are usually found in a single orientation but can also be found in double and triple perc configurations. The smoke is drawn up the middle tube and then travels down to the base and out through the slits and this is where the diffusion is created. The amount of slits vary greatly depending on the manufacturer and size of the percolator. 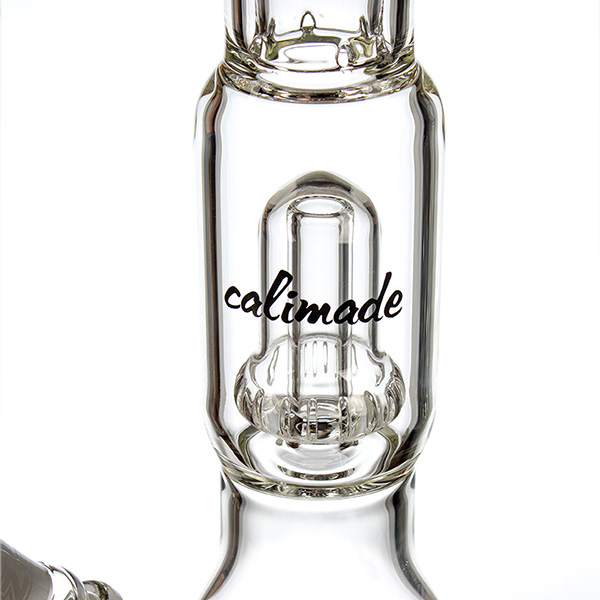 Spiral percolators will either have one or two twisted (spiral) arms that point downwards. The smoke travels up a middle column and then down the spiral arms that will have an opening on each arm and may also include an extra hole near the end of the arm to add extra percolation. Spiral percolators are very popular and create a very smooth smoke. 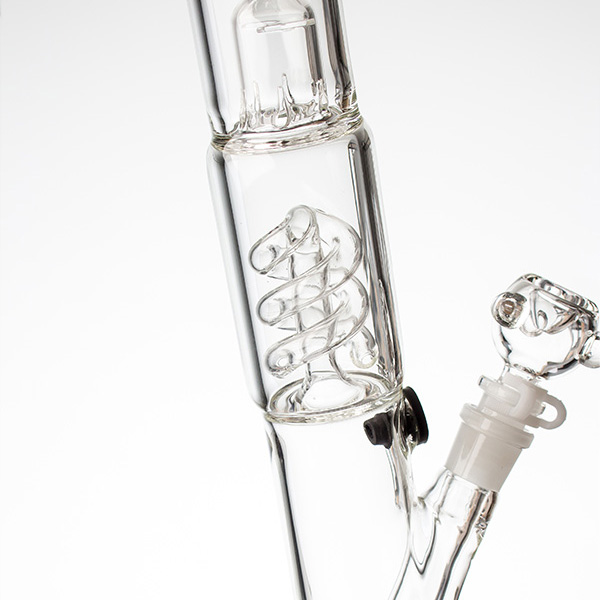 Frit percolators come in different configurations which are generally either one fritted disc or two discs or three discs. Each disc is made of small glass pieces that are moulded together which will create many different diffusion points which in turn will give a very smooth experience. Frittted disc percs are usually found on stemless bongs. While a great way to diffuse smoke they are more prone to clogging compared to traditional percs. 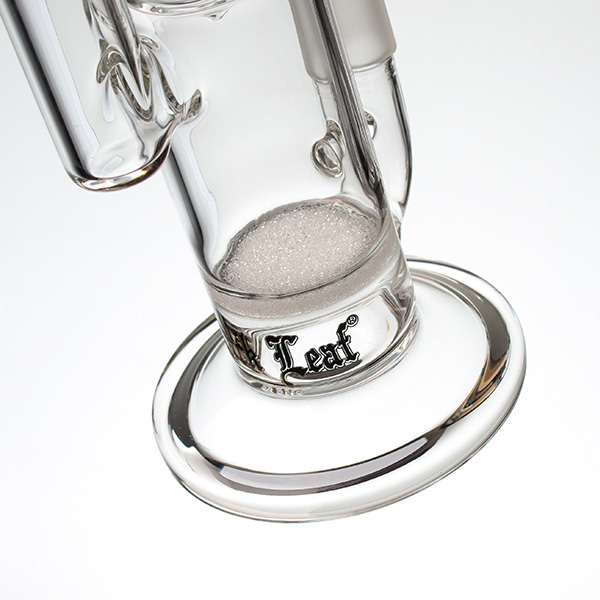 Inline percs are made up of an inline glass pipe with varying amounts of slits, there are many variants to the amount of slits found in inline percs. Generally the slits are downward facing although there are many styles and may include upward slits and even slits on the side of the perc. 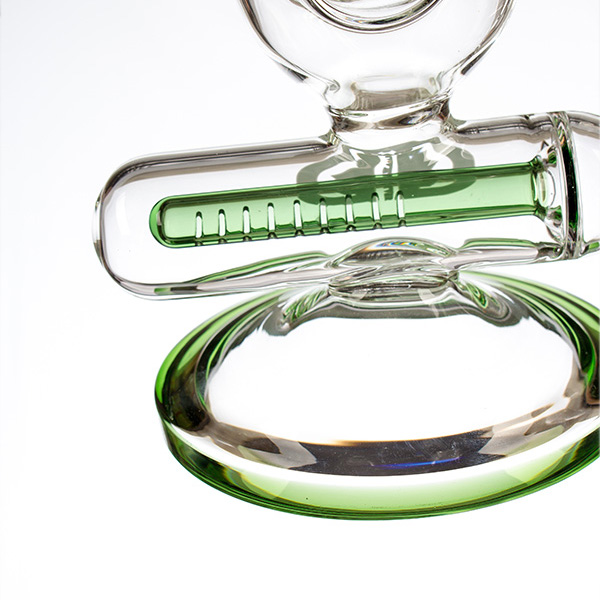 The Gridded upline percolator is similar to the inline perc with the addition of small cross sections added to the slits creating many more escape routes for the smoke. Gridded upline percs are renowned as one of the best at creating a very evenly diffused smoke.

The Downline perc is the same as the upline with the only variation that it has the grid facing downwards. 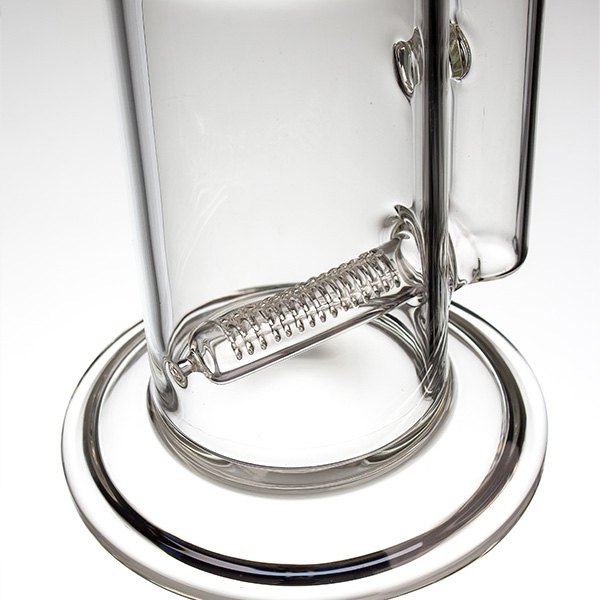 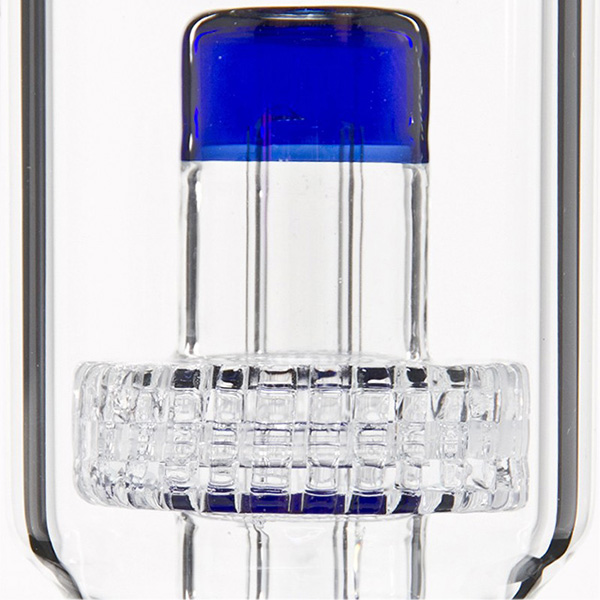 There are many more style of percolators and we have only covered some of the more popular verities. The styles and designs will continue to evolve and improve as the industry grows.

Downstem Measuring Guide The majority of the stems we stock are pre-cut from our suppliers. We do measure them before shipping them out although there may be slight variances of a couple of mm in either direction. Example if you order a 12 cm stem you may be supplied with an 11.8 or 12.2 cm stem and [...]

Glass Grinding Sizes Guide Here is where we will explain some of the most common glass ground joint sizes and their applications. Some of the common accessories that you will encounter and need to know about their compatibility are stems, bowls/cones, keck clips, titanium nails, quartz nails and ceramic nails. Male vs. Female Glass Joints Female Female are the most common style of [...]